Children and young people under 18 as well as refugees from Ukraine receive free admission. 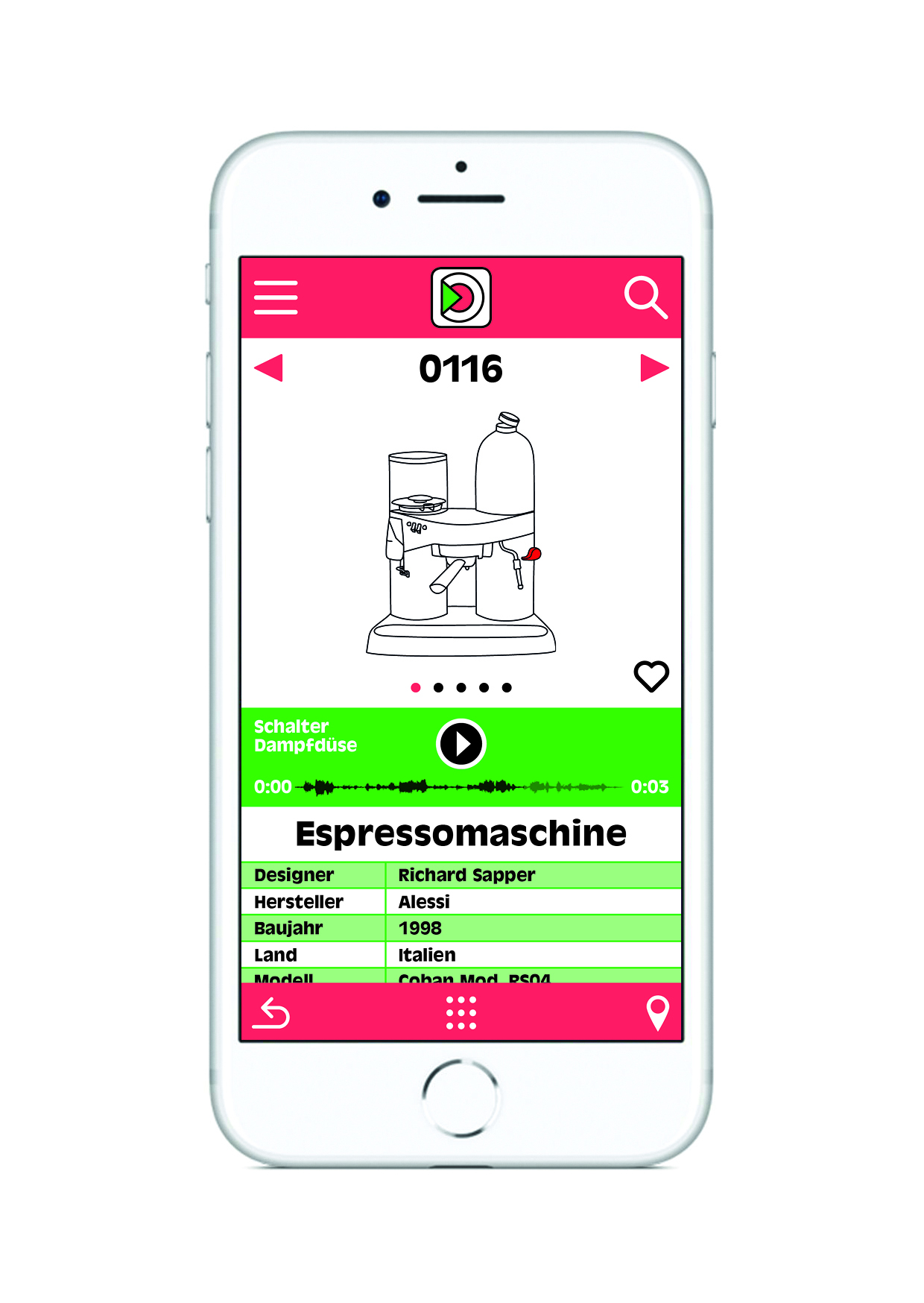 previousBack to the overviewNext one

The App Sound of Design

The sounds of design objects are often just as characteristic as their shape. Which is why from 21st February 2019 onwards visitors will be able to hear the sounds coming from a variety of exhibits in our collection through the Web-App Sound of Design. The sounds range from the ringing of historical telephones, noises emitted from the engines of iconic automobiles to the clicking of a typewriter keyboard. Through the App these sounds become part of the multimedia experience for visitors to share in. They bring to life objects, which otherwise – without the acoustic effects –would command a less forceful presence in the museum.

How quickly certain sounds or tones disappear from our cultural memory can be seen from those devices and appliances, which became outdated within just a few years as a result of the rapid advancements made in technology. This is true, for instance, of the device of the telephone modem, with its characteristic loud dialling tone that was so omnipresent in the 1990s, yet very soon forgotten by the turn of the century. Though individual phones of this type were collected by museums – and no doubt further examples are still around in people’s attics –the sound of the modem had completely disappeared from everyday life within such a short space of time.

Indeed, today it is actually very difficult to elicit tones from this device, as the connections and transmission technology once deployed have changed so much since. As a consequence, our archive includes –as far as possible – not only the sounds of historical products but of current ones, too.

New sounds everywhere – The era of the Economic Miracle

There is a particular period in the 20th century when a large number of new sounds entered everyday life – and that was the era of the Economic Miracle.

There is a particular period in the 20th century when a large number of new sounds entered everyday life – and that was the era of the Economic Miracle. Even if it did not happen exactly simultaneously in countries in Europe – and beyond – it was nevertheless time-wise close enough for many of them to experience a rapid upturn in their economy in the years following the end of the Second World War.

It brought with it the introduction of numerous household appliances that radically changed the background noises of daily life. To mark the launch of Sound of Design we are highlighting the subject of the era of the Economic Miracle by presenting a cross-section of well-designed objects from that period, the sounds of which you can hear on our App Sound of Design.