Experience + Curators tell the experience of the four museums

Bauhaus at the Collections 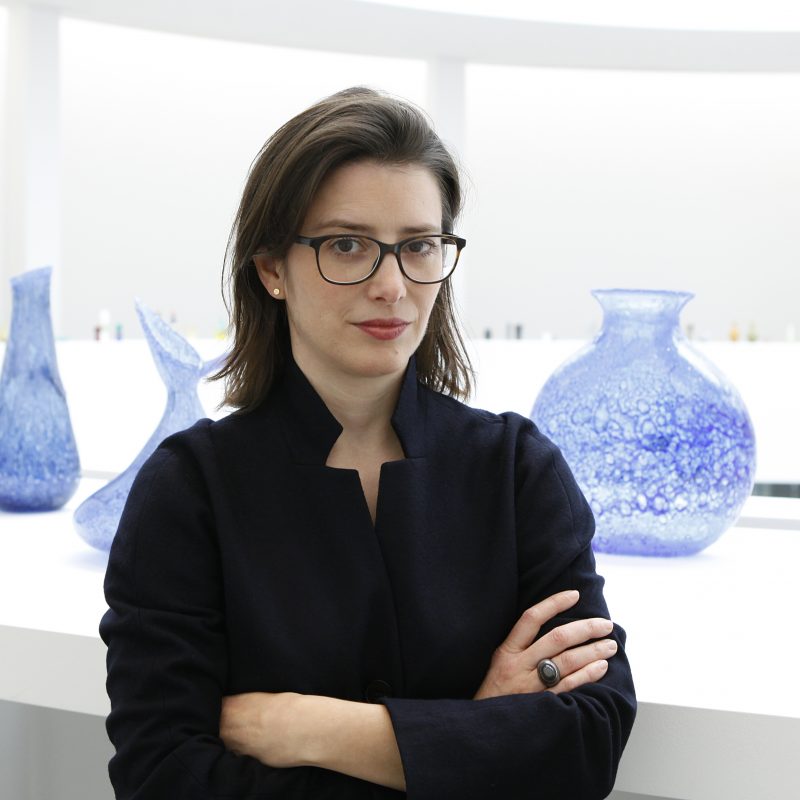 curator of the Neue Sammlung

Working at the Neue Sammlung means involvement in not just the Neue Sammlung. The Design Museum of the Free State of Bavaria – with one of the largest design collections in the world and founded in 1925 – is part of a multi-complex consisting of four museums under the roof of the Pinakothek der Moderne. So, in fact, every day I find myself going from one part to another through a ‘house consisting of many houses’ – with its many disciplines and different epochs. Experiencing such a wealth of culture and history involves cherishing its value. Each time I pass down the corridors and move from one floor to floor I am gaining new insights, seeing connections and continually discovering new favourites – like this one:

To mark the centenary of the founding of the Bauhaus in Weimar in 1919 we are preparing a special exhibition at the Neue Sammlung. It is a really awesome experience to hold in my hands Alma Buscher’s ‘Shipbuilding Game’, which our museum bought in 1925 shortly after the founding of the Bauhaus. It will soon be one hundred years old! During her time at the Bauhaus the progressive designer Alma Buscher developed toys and children’s furniture based on modern pedagogic principles. These are among the most successful products ever of the Bauhaus.

I find Max Beckmann’s self-portrait in black most disquieting. He painted this picture of himself in 1944 while in exile in Amsterdam, marked by the experience of having to leave his homeland, give up what he had and start all over again. In that year, the Second World was still raging. Many towns and cities lay in rubble and ashes; the horror of war with its countless numbers of victims had not yet been fully grasped in all its dimensions. The penetrating and cold gaze of Beckmann in his portrait rests heavily on today’s viewers, who are living in times of massive flights of refugees.

Corrugated sheet iron and clay are what people in Burkina Faso frequently build with. The primary school in Gando designed by the architect Francis Kéré consists of these materials, but in a new way. This well-conceived construction impressed me not only because it takes into consideration the climatic and local conditions but also because of how the school was created in 2001. It was built by the entire community, with everybody contributing in some way. An all-round successful and sustainable project.

I still think of the watercolours of the Icelandic Dane Ólafur Elíasson, who takes a particular interest in natural phenomena. His work here is concerned with glacier ice – a precious resource in times of global warming. Actually, some of the work is done for him. He throws pigments on to the ice and lets it melt on dampened paper that he has prepared. Emerging from this are randomly calculated, cloudy paintings in round spaces, which give us the feeling we are approaching a window. At the same time, the view on to the wonderful, delicate surfaces sensitizes us to the powerful forces of nature.