Experience + Curators tell the experience of the four museums

Magic of the relationships between the arts 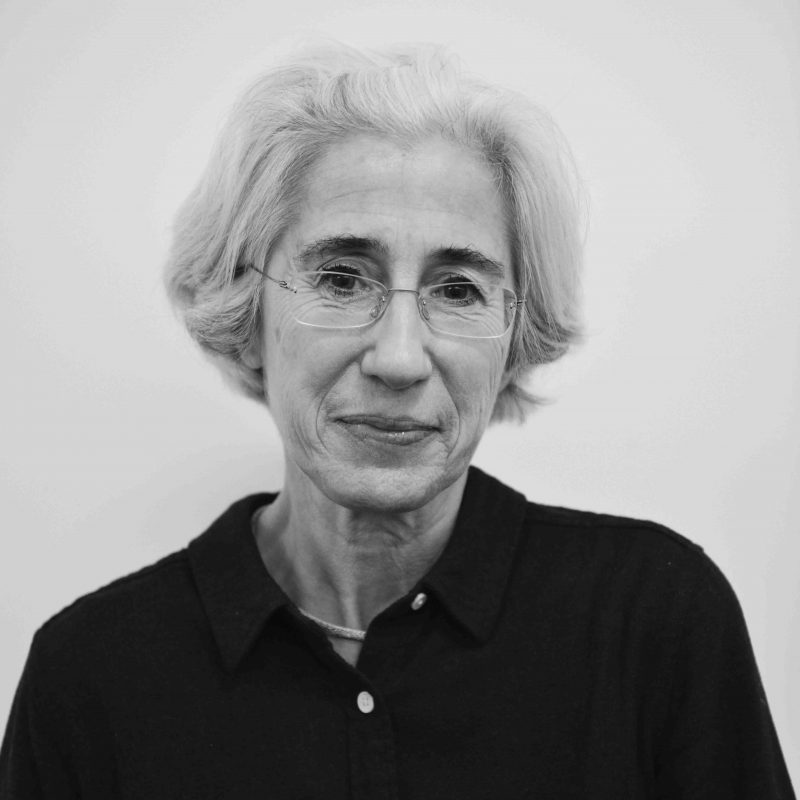 The “magic of the relationships between the arts“ (Thomas Mann) in the Pinakothek der Moderne is constantly creating new synergies. And this applies particularly to the Architecture Museum of the Technical University (TUM) on the subject of our constructed environment. Modern architecture is determined not only by social and political developments but also through new technologies and building materials. Understanding these links is important in order that not only the surfaces of buildings receive recognition. Communicating this message accounts for a major part of my work – among other things, when engaging with students from the faculty of architecture of the TUM. On the basis of my research and interests, I have selected the following objects:

The legendary ”Women’s Stocking Model“ stands for one of the most significant constructions of the 20th century in Germany. Inspired by Frei Otto’s lightweight tent roof construction for the German Pavilion at the Expo ’67 in Montreal, the team around the architect Günter Behnisch won the competition for building the Olympic site in Munich, which was based on the concept of a “roof over the landscape“. The natural pendulous shape of the construction in the model rested on their design of an elastic net of needle-skewered nylon stockings – though the actual step of implementing this in practice in the form of a cable mesh construction some 34,500  square metres in size was so enormous that is was only made possible through enlisting the collaboration of Frei Otto. The gently hovering roof was to become an architectural symbol of a new, democratic Germany.

Oskar Schlemmer revolutionised dance and stage performance, in particular during his time at the Bauhaus School. He created the “Triadic Ballet"  (1922) and choreographed the “Bauhaus Dances“, which he practised with his students there. In search of basic forms of human movement in space, he developed geometricised types of figures. This gave rise in 1922/23 to his work the “Female Dancer”, who is portrayed measuring an abstract space with her movements and, in doing so, making it tangible for her. Through reduction to geometric forms and a figure, who appears as no more than a gesture, Schlemmer demonstrates impressively the relationship between the human being and space. The impulses that came from the experimentation of stage space were an important element in training at the Bauhaus.

Franz Marc’s little postcard with New Year greetings for his friend, the poetess Else Laske-Schüler – “The Blue Rider presents his blue horse to Your Highness “ – is the sole surviving sketch for his oil painting, which has been missing ever since the end of the Second World War. It was last known to be in the possession of Hermann Göring, who pocketed the confiscated work from the Munich exhibition “Degenerate Art“ for his private art collection. Blue epitomised for Marc the principle of masculinity and yellow that of femininity. The depicted horses, decorated with stars and half-moons looming under a rainbow, point to cosmic-mystical links, which Marc developed for himself. And so, through the spread of a rare, colour photograph the lost painting attained fame.

From 1951–1954 Sep Ruf designed for the then Minister of Economic Affairs, Ludwig Erhard, a modern flat-roofed residence close to the lake Tegernsee. Large-scale glazing and glass wall panels that created a link to nature gave the impression of dissolving the barriers between inside and outside. Furniture, too, designed by Ruf followed this same principle of transparency and lightness. The simple, yet elegant sideboard with four drawers consisted solely of thin wooden planks, 2.40 metres long, and was supported by narrow, curved skids. Erhard presented with pride his modern way of living and taste in housing design to the public as an expression of a new lifestyle. This afforded modern architecture the opportunity to act a role model.