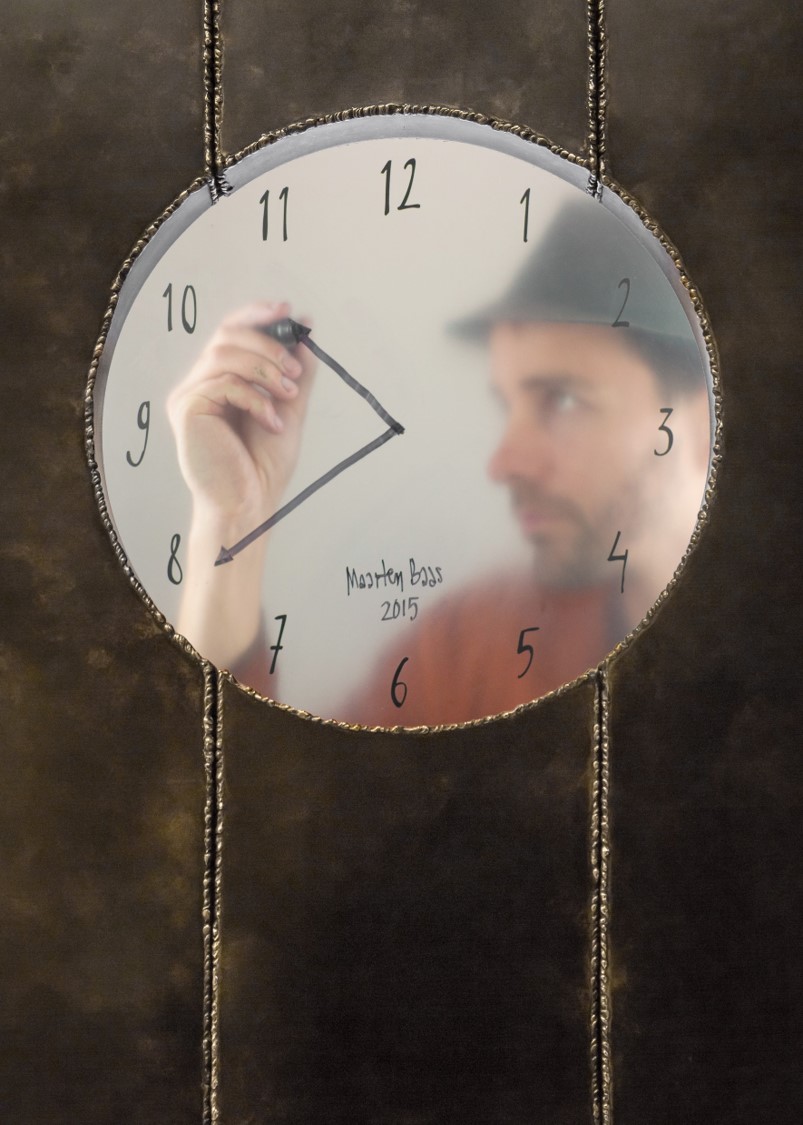 With the exhibition “MAARTEN BAAS – NEW TIMES" Die Neue Sammlung - The Design Museum is showing for the first time a solo exhibition of Maarten Baas in Germany.

Baas (*1978) is considered to be one of the most influential Dutch designers in the early 21st century. In 2002 he had his international breakthrough with his graduation work "Smoke", in which he burned design classics such as those by Gerrit Rietveld or Ettore Sottsass without destroying their function.

Considered rebellious, playful, intellectual, and artistic, his work earned him an autonomous position in the design scene early in his creative career.

Baas' varied approach and understanding of design is also evident in the series "Real Time" (since 2009), in which he devotes himself to the theme of time.

In close collaboration with Maarten Baas, Die Neue Sammlung - The Design Museum shows several works from the series "Real Time" as well as a related installation specifically designed for the exhibition.

By combining different disciplines such as performance, film, technology, art and design, he manages to rethink clocks.

The hands of the clocks are moved manually in real time in 12-hour films. Tirelessly someone wipes away the past minute and paints the new one. This action highlights the transience and, above all, irretrievability of time.

With his clocks, Baas has found new ways to deal with the phenomenon of time and tell stories with his design.

On the occasion of the exhibition a publication (ger./engl.) is edited by Koenig Books Ltd., designed by Selitsch Weig - Büro für grafische Gestaltung.

As a result of general measures to contain the COVID-19 virus, the Pinakothek der Moderne will remain closed to the public until further notice.