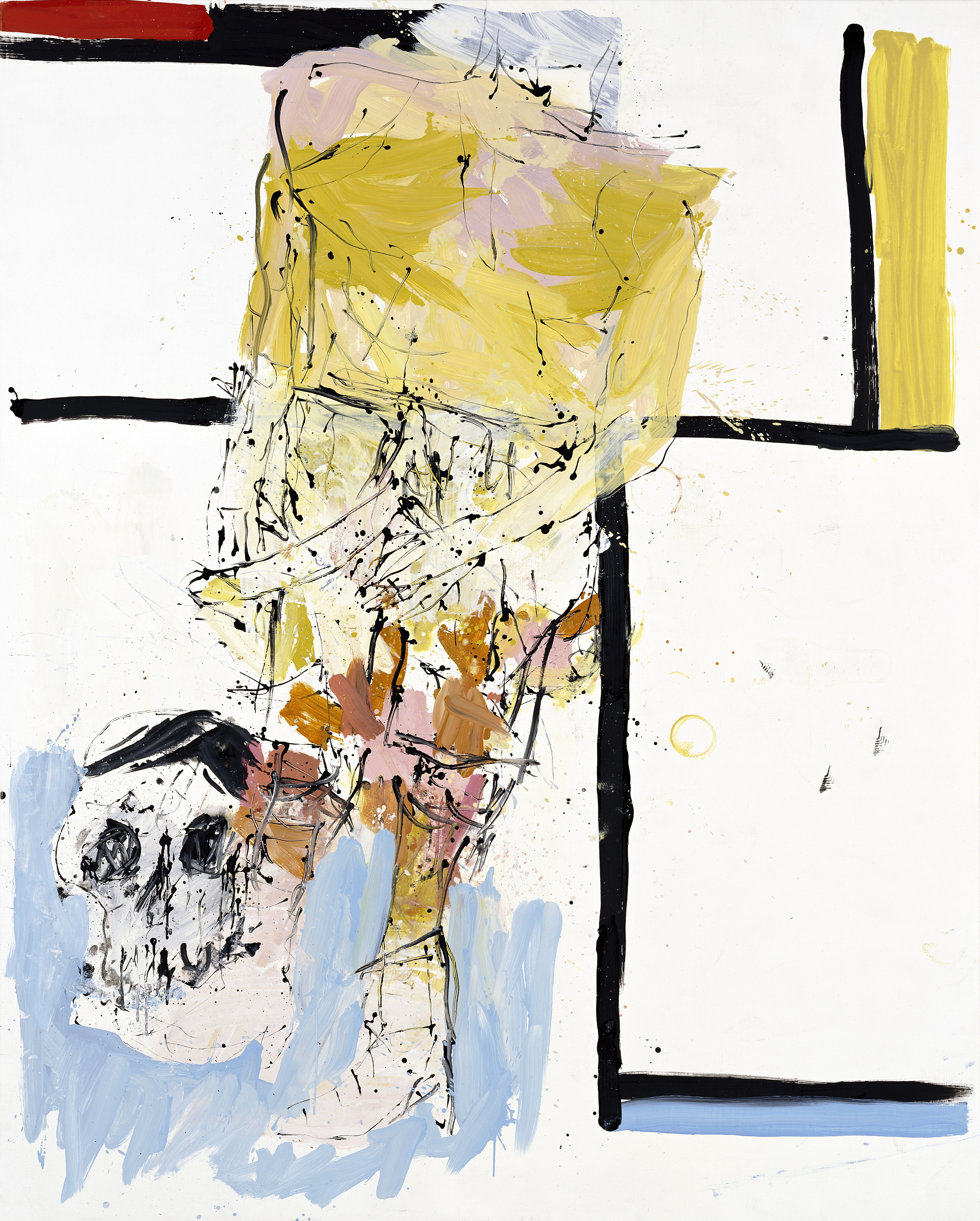 The donation is the expression of a decades-long bond between the internationally recognized German artist, one of his earliest collectors and long-time supporter, and the museum staff. The works comprising this donation offer an insight into Georg Baselitz’s preoccupation with the subject of late work. ‘Piet in kurzer Hose (Remix)’(Piet in Shorts (Remix), 2008) is the temporal and stylistic link to the existing collection. It is a remix of the scandalous image ‘Die große Nacht im Eimer’(The Big Night Down the Drain, 1962/63) and thus also of some of Baselitz’s core themes, including the confrontation with collective and individual memory. In the picture Baselitz intertwines ideologically charged motifs such as the swastika or the skull with a Hitler hairstyle with his free rendering of Piet Mondrian’s iconic abstraction as well as own pictorial subjects. Past and present, the creative and the destructive, the private and the public combine to form a web that challenges the viewer in ever new ways. Baselitz’s ingenious treatment of a visual cosmos that was passed on by previous generations of artists also informs ‘Willem taucht auf’ (Willem Appears, 2013) and ‘Willem geht ab’ (Willem Leaves, 2014), in which he paraphrases - in the style of painting and the titles - the work of one of his influences, the artist Willem de Kooning, while idiosyncratically breaking away from him at the same time.

COLLECTION+
Under the title Collection+, the Bayerische Staatsgemäldesammlungen (Bavarian State Painting Collections) in the Pinakothek der Moderne will be presenting studio exhibitions within the context of the collection. Presentations of new acquisitions, loans and artist rooms reveal the laborious work involved in gathering, maintaining and researching the collections, shining a light on the scholarly investigations into them and their contemporary relevance.

As a result of general measures to contain the COVID-19 virus, the Pinakothek der Moderne will remain closed to the public until further notice.